How Motion Designers Can Double Their Income By Using Storyboards

TETIANA CREATES WORKS FOR THE ROYAL BANK OF CANADA, LOS ANGELES INTERNATIONAL AIRPORT, AS WELL AS THE US GOVERNMENT.

ONCE SHE INCLUDED STORYBOARDS IN HER WORKFLOW WITH CLIENTS, HER MONTHLY INCOME DOUBLED.

LET’S FIND OUT HOW THIS HAPPENED.

Tetiana has worked as a 2D motion designer for five years now. Since she started using storyboards at the stage of selling her ideas while communicating with clients, the amount of comments and modifications in completed commercials has decreased by 90%! What an achievement! We’ve decided to interview Tetiana in order to find out the secret of her success. 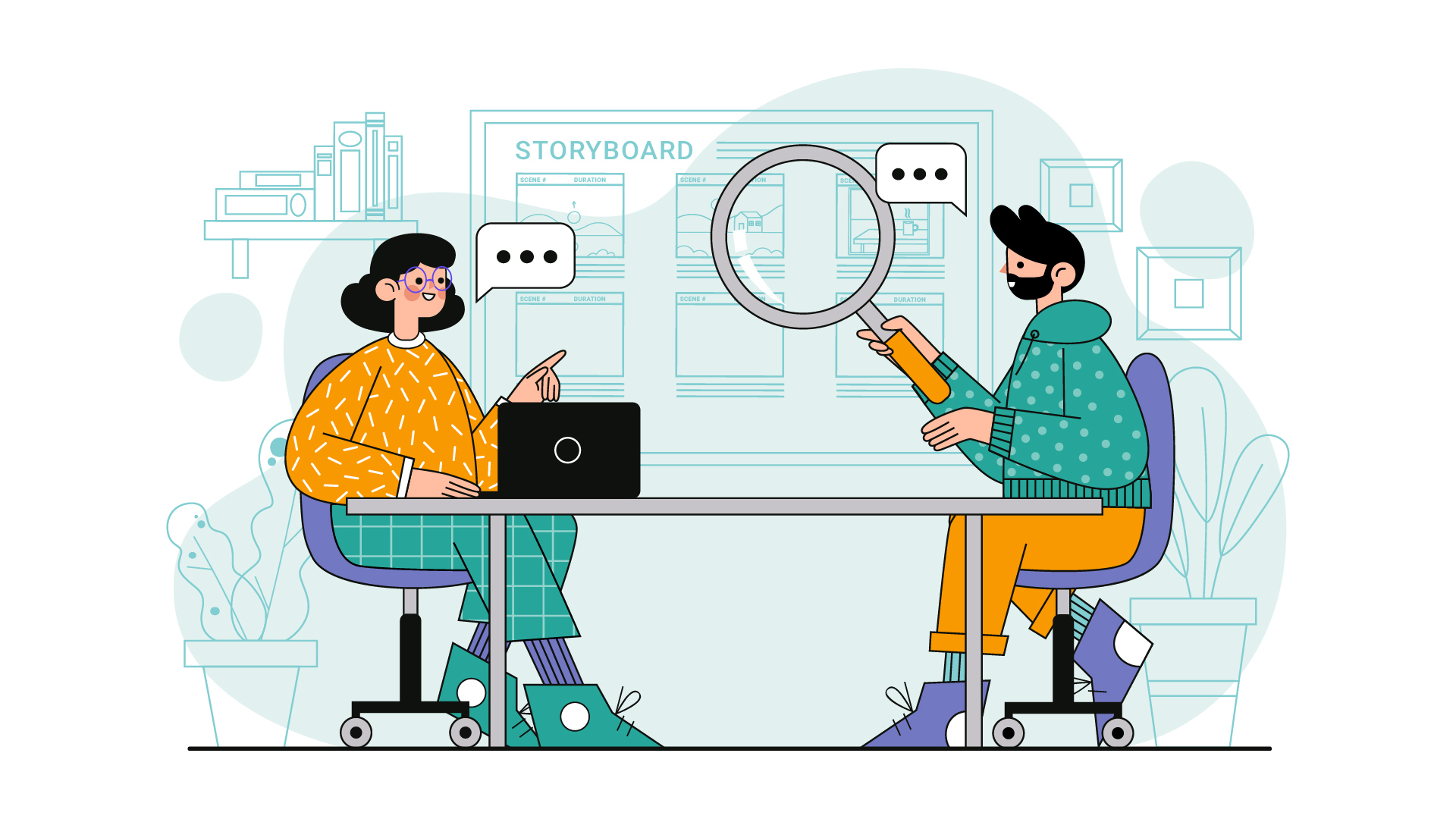 - Let’s start with an explanation of what motion graphics is. Please define it for people who have never dealt with it.

- Actually, I believe almost everyone has seen the result of motion designers’ work, i.e. motion graphics. The matter is that today a huge amount of content is created with the help of motion graphics for completely different platforms. It means that you have surely dealt with it, you just don’t know that this is motion graphics. As, in fact, this is infographics or simply graphics in motion.

Here is an example of my work. Just look! You have surely seen something similar at least once in life :-)

- Okay. I see. Tetiana, how did you start working in this sphere? And why do you work as a freelancer and not in a large studio?

- The story is quite simple: as a student I specialized in graphic design. At the end of my university studies, I discovered Adobe After Effects and Adobe Premier and started mastering them. However, I did not decide to be a motion designer at once: I managed to get an educational grant, relocate to Poland, work as a sculptor for two years, and ultimately obtain my MA from the Maria Curie-Sklodowska University. But this is not the end of the story either: having returned to Ukraine, I worked in my alma mater for several years. Realizing that research and academic career were not for me, I spent a year improving my technical skills in motion design as much as possible, and then I took the industry by storm.

Why don’t I work in some large company? The reason is quite simple: I love working from home when there are no people around me; so, I’ve chosen the freelancing career for obvious reasons.

- At first, works and customers’ requirements were at the level at which I merely did not need storyboards: I was making a commercial outright and, in case there were any comments, I introduced them into a completed work. Gradually my orders were increasing in terms of complexity, and customers’ requirements were growing as well. At the same time, it was becoming more difficult to introduce comments into completed commercials and it was taking more and more time. Then I realized that it would be great to have a draft static version before making a final product. I clarified with my colleagues how they were working in this sphere and learned about the power of storyboard. Having learned about that, I started using it at once!

In fact, at the stage of storyboarding I made up and drew all creative materials, approved it with the client, and then the only thing I had to do was to animate the finalized material I already had. Clients started feeling engaged into the process and responded well to my recommendations. Moreover, while discussing the storyboard, in case there were any objections-comments-doubts, I had a chance to substantiate my viewpoint with arguments and convince the client to follow my suggestions. As a result, projects were completed quicker and it all happened in a friendly cooperative environment. It was a win-win situation both for the client and for me. And, what is more important, each of us was satisfied with the outcome of our cooperation.

-You’ve also asked how I was making storyboards, haven’t you?

At first, I did not use any specialized services – I simply didn’t know about their existence (and, actually, I am not sure they even existed at the time). This work took a lot of time and was really tiring (I don’t know about others, but for me monotonous manipulations with tables in Google docs are exhausting:-)), which is why I started asking my brother, who is a talented developer, to create such a tool specifically for me. For some time he was merely listening to me, but then he developed such tool. This is the story of makestoryboard.com creation, which after some years of constant improvements and modifications has turned from my personal secret weapon into a serious online tool accessible to everyone who wants to make storyboards at a professional level.

Frankly speaking, I still recollect with horror how I created storyboards manually. Now the process has become as simple as possible: I create images in Adobe Illustrator, then I upload them to makestoryboard.com, provide explanations in text boxes, export the file in the format preferrable for the client, and send it. Everything is very simple!

It is important to point out that the client has a possibility to give comments in the online document and provide edits near my descriptions and images. Hence, you can work together on the same document at the same time. This function makes it easier to exchange opinions and speeds up provision of feedback.

- Tetiana, and how did a sudden increase in the price of your services happen? Did you merely start issuing invoices for higher amounts just because you started using storyboards?

Initially, I registered at several international platforms that connect contractors and customers. I took orders, made commercials, received clients’ feedback, and my rating was gradually increasing. Rates were increasing as well, but this happened slowly without any abrupt increases and breakthroughs.

And thanks to using storyboards I could take more orders and work on more complex and interesting assignments.

My ranking in the rating of 2D motion designers at Upwork significantly increased, and I was noticed by a wonderful company specializing in creating such works for clients from all over the world. They contacted me and offered work on exclusive terms, in return offering the level of payment that was double of what I had at the time. I took some time to think about that, and we came to an agreement a few weeks later. Since then, we’ve had successful cooperation.

In fact, if you look back, you can see that my career drastically changed thanks to using storyboards. Was I thinking about that when I started using storyboards? Of course, no. But they were the ones that have brought me to the current level. And I have no plans to stop there!

- Tetiana, what would be your advice for those who want to move to motion design from related spheres?

- Have a shot at it. Don’t waste your time on reflections. Produce works, using professional online tools, and you’ll be able to see very quickly whether this is for you.

P.S. Storyboard is software. And the way you use it depends entirely on your needs and imagination. Storyboard for a motion designer is a must have. It allows completing larger volumes of work quicker, paying more attention to the creative aspect and minimizing the amount of client’s edits. In fact, it allows earning more. Much more.