The History of Comic Books

What first comes to mind when you think of comics?

Part of my childhood was dedicated to asking my parents to buy comic books about cars and Ninja Turtles with exclusive card decks in packs that cost a fortune. I’ve since grown up from childish comic books, but discovering new comic books and reading them in one set was a great adventure.

Back in the day we thought that comics were something childish and juvenile, but now it’s an industry filled with serious storylines, gory details, and explicit materials, but incredibly fun to read. Also, it’s still quite a profitable niche.

But what makes a comic book a good comic book? And how are storyboards involved in this?

Let’s start by unlocking the origins. 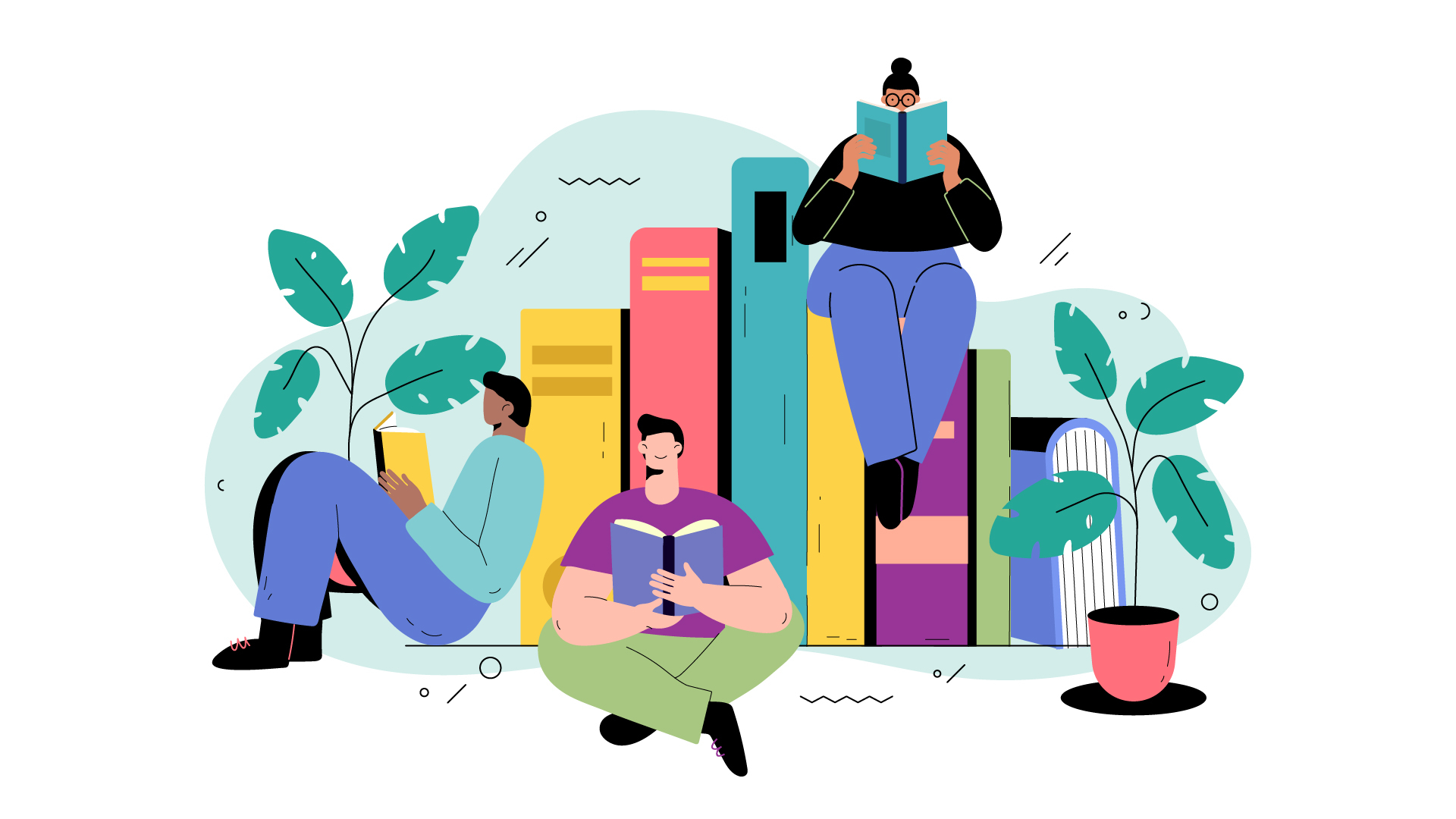 People love to tell stories, but are better told through illustrations. Great illustrations may reveal to us hidden or detailed information, uncover secrets, or just simply show how the story progresses. Think about Ancient Egyptians who used hieroglyphs in their papyrus writings. The purposes of these illustrations differ greatly from each other. Some of the illustrations were used to communicate with fellow Egyptians, or simply show the religious beliefs Egyptians were practicing when building the famous pyramids we know.

But, as time progressed, new technologies were introduced to mass-produce…  it included everything you can think of!

Fast forward to the 20th century became the number one source of getting information about what’s happening around us.

Max Gaines, a salesperson for a newspaper company, had been working on selling newspapers with comic strips which people found more entertaining than reading the same depressing and grim news every day. So, Max saw a great opportunity in selling these newspapers, but he really wanted to try something on his own.

You may be familiar with Superman - a made-up person that children and adults are in love with nowadays. Yes, Max is the creator of this character! Once he stood out from the traditional comic strips community, he created his own magazine revolving around this superhero who saved New York city from criminals and other threats.

This is where the comic book story began.

Comic book history is marked into the ages including the Golden Age, the Silver Age, the Bronze Age, the Dark Age and the Ageless Age.

The Golden Age (1938-1950) is self-explanatory. It is the beginning of the creation of superheroes we’ve all known from our childhood. The best example is Captain America who fought various villains, including Hitler himself. The beauty of these superheroes was that the readers, especially the young male audience, associated with them. They wanted to be like them and fight against the greater evil, like Hitler.

By 1944, most of the young U.S. Army soldiers identified as comic book readers. Comic books have made a huge impact on young people and that’s when artists saw an opportunity to keep creating them.

The Silver Age (1950-1971) is the beginning of the declining popularity of comic books. Same old superheroes weren’t seen as so inspiring and fun to read, especially when the comic book industry received the status of “junk food for young brains.”

During this Age, artists began to experiment with various genres, and heroes would fall in love again. Then came the horror genre. Dark imagery and violence became the tactics artists used to grab the readers’ attention and that definitely worked for the adult audience.

Artists used strong themes of psychological horrors experienced by the heroes in the story. These weren’t the superheroes we’re used to seeing, but regular people struggling with mental issues.

You can also find surrealistic artistic styles throughout this Age. This style was used to represent the strange and obnoxious worlds these heroes were living in.

The Bronze Age (1971-1980) is well-known for stepping into the real world of superheroes' struggles. Artists were over experimenting with various genres and art styles, so they settled with real  themes. Topics such as drug addictions, mental struggles and racism began showing themselves in the centre of plotlines of many comic books.

As a progressive Age, it gave birth to racially diverse superheroes like Storm and Black Panther. That way artists were fighting against the racism in America, giving inclusivity to all the comic book readers and embracing the new progressive ideas through comics.

Superheroes started to have their own mental struggles, ideas in their minds and inability to fight against all of the evil the planet possessed.

Unlike the Golden Age, where superheroes were portrayed as the absolute good against evil, artists of the Dark Ages (1980-1993) decided to reveal the real faces of our beloved superheroes.

Villains we used to see as just bad guys started to have personalities often disturbing and psychologically complex. The best example is Alan Moore's “The Killing Joke.” Joker is often seen as the jester Batman defeats with no problem, but in this comic, he’s a maniacal serial killer with a messed up personality that pushes himself to commit atrocities readers weren’t used to seeing.

The Watchmen pushed our heroes to commit controversial actions for the ideas they believed in. The idea is that the world they want to save contradicts their actions against the world itself.

The Silver Age experience made a huge impact on the artistic style of this Age and you may often find comic books more grim, designed in depressive tones and scary imagery. Rain, smoke, dark atmosphere - all of that accompanied the new violent stories.

And, finally, the Ageless Age (1993-present day). As the name sounds and implies artists have become independent in their art works and art styles they choose. There are no restrictions, no rules, or categorizing - just pure independence.

Marvel and DC are no longer the monopoly of all comic books Every aspiring artist can try designing and writing on their own without following the made-up rules of the industry.

Comic books can be about regular people, not just superheroes, who we now can watch on our TV or movie screens.

And it’s the Age where comics are being adapted to the movie screens as they grow in popularity. Same with mangas which now are adapted into anime series’.

The Rise of Manga

Have you ever watched an anime series you really liked? Well, it’s actually not produced by the individual studio that made the story with their own storyboard. Anime is mostly an adaptation of different Manga titles.

Manga is a Japanese comic book genre that exploded at the beginning of the 80s along,  and animation studios adapted manga to TV screens for manga readers of Japan and the entire world. Manga can have different styles just like the traditional comic books we are used to seeing, but its primary characteristics are exaggerated emotional expressions and a black and white colour palette.

Manga literally translates as a comic book, but developed its beginnings from the woodblock illustrations Japanese people would create throughout history. After the Japanese technological and entertainment boom of the 80s, Manga gathered much more attention in Japan, as well as internationally.

Just like comic books, Manga was made explicitly for the juvenile audience but soon expanded its audience to adults.

You may find that Manga and anime is not for you, but as a form of entertainment, it’s an experience worth trying.

What’s up with storyboards?

Comic books are a bit different from the usual forms of entertainment we’re used to consuming these days. We see how storyboards are used in the film or TV productions, but how are they tied up with the comic books genre?

It seems easy to just start designing and writing as the process goes and then call it a day. But, as the idea becomes clear in your mind, a plan should be prepared to implement the idea.

Storyboarding in comic books is much needed. With storyboards, you’re more likely to develop a perfect storyline with appropriate shots, experiment with dialogues in each panel and see how it’ll look as a whole product.

It simply helps you see how the project will look and how you can execute it. Storyboards are an indispensable part of comic book creation.

They are still the life savers for creatives (such as us!).

Speaking of creatives, do you know Webb Smith? He was an animator for Walt Disney’s Studio through the 20s-30s. He’s credited by Disney as the creator of storyboards that changed the world of entertainment forever.

Webb started off by writing and designing sketches of frames on bits of paper, then pinning them onto the board to illustrate the sequence of events. Then, after seeing the plan, he could change it or proceed with the original plan.

Yes, it was that easy, yet genius.

While storyboards are improving your storyline, you shouldn’t miss out on other advantages of using storyboards.

It may seem that comic books are slowly losing their popularity, but they’re still an important form of entertainment. People love reading colourful pictures accompanied by great stories and characters.

The pandemic played a huge role in the comic book industry - sadly, for the worst.

Most of the book retailers shut down and never opened again because of the lack of funding and profits to keep the business sustainable. Since so many  of them had to close, it was hard to find a paper copy of your favorite comic book.

But as the pandemic progressed, new opportunities were discovered. Creatives, left at home with enough time for themselves, started writing and designing better comics, although they still suffer from the new reality we’ve all been through together.

Digital versions of comic books, selling on Amazon, Ebay, and others, are exploding in popularity. It has become the best income source for the artists and publishers, given the circumstances of people not wanting to leave their homes.

In addition, creatives have discovered new ways of communicating with their audience through specialized websites and services. For example, artists can upload their comics on Patreon on a regular basis and people would pay monthly to receive them.

Aspiring creatives might try and write the perfect pitch for their comic book idea, and will then upload it to Kickstarter. If you have a large following or a great pitch to make people obsessed with your product, you’re more likely to succeed.

It seems that comic books won’t die out as newspaper comic strips did. Why don’t you try making a comic?

Maybe your next comic book idea will make it to the cinema screens?