What Companies Does Disney Own? Everything you need to know! 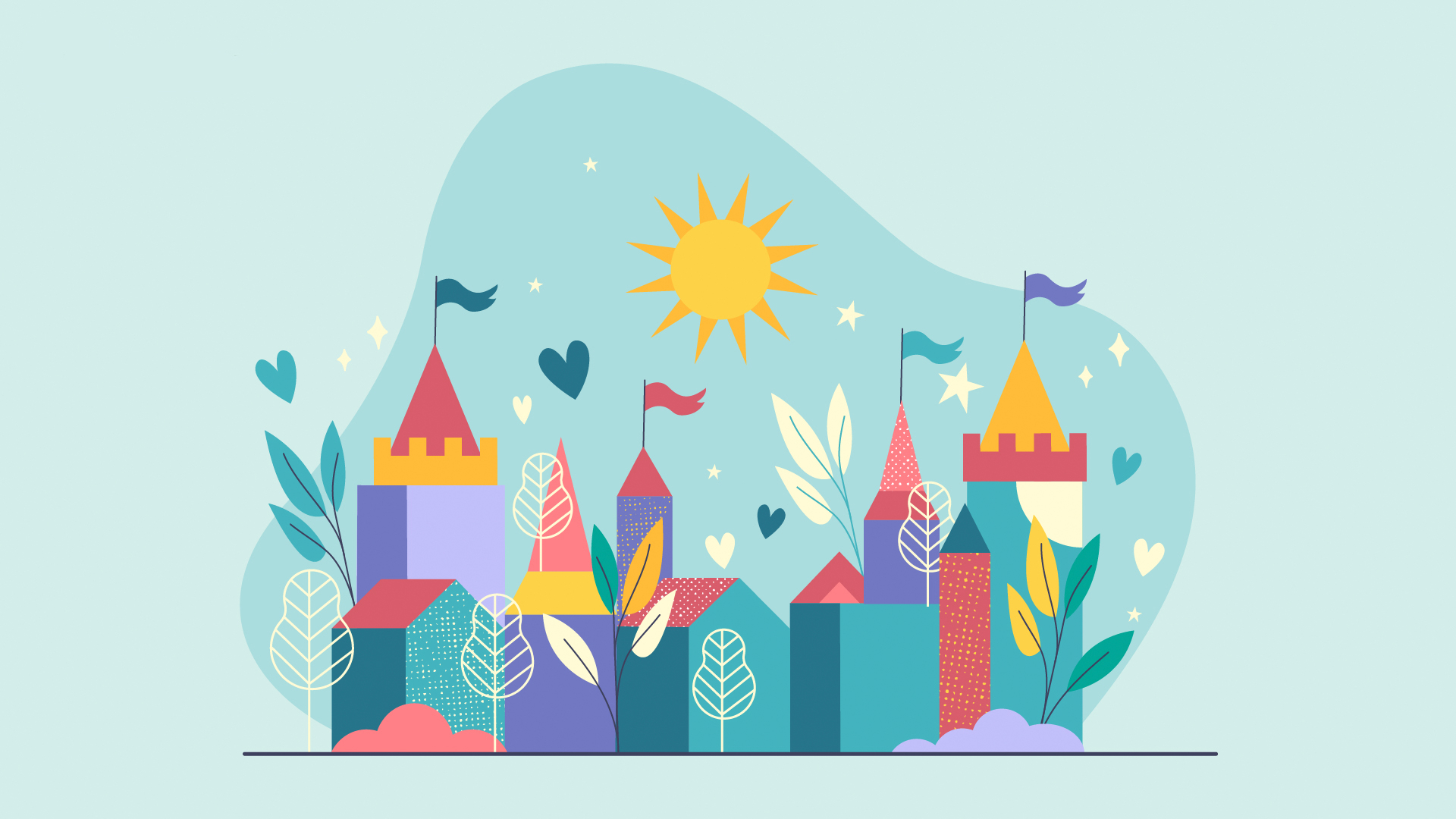 What comes to mind when you hear the name "Disney"? I am guessing Mickey Mouse Clubhouse, but what about Wonderland, Cinderella, and other fairy tale princesses? These are also products from the same Disney studio.

The brand ‘Disney’ aims to provide family entertainment for its viewers and has been doing so for over 100 years now. But there seems to be a little more competition with the advent of cable television, home theaters, and internet access that provides an unlimited supply of content for its viewers.  In addition, this content is accessible to most homes across the world.

Now, you might be wondering how Disney has managed to stay in business with all this technology overshadowing it?

Well, the secret to its success is this: Disney has created and acquired corporate divisions to cater to the present market by producing more mature content than what it was typically known for, which is family-oriented brands.

In this article, we are going to look at all the different companies owned by Disney, along with their net worth.

Disney, as you know, is popular in America as a leader in the entertainment industry. It is an American multinational entertainment company with its headquarters located at the Walt Disney Studios complex in California. It began as an animation studio and has been in the business of family entertainment ever since.

In addition, most of your all-time favorite animation movies and cartoons such as Spiderman, Batman, Dr. Strange, Wonder Woman, fairy tale cartoons, and more are all from the Disney brand. Moreover, Disney equally creates classic animated features and out-of-the-world theme park attractions. They also have you covered with sports updates and the hottest TV shows.

Disney is well known and loved, especially by kids and teenagers. The company is also well known and loved by fans of the Marvel superheroes. As knowledgeable as you might claim to be about the Disney brands, I bet you are clueless about the fact they are into makeup, skin and hair care, clothing, accessories, and home goods. Aren’t you?

A Glimpse Into The History of Disney

Before talking about the present and future, we have to take a sneak peek at the past. Walt Disney didn't just spring up in a day. It also has its origin, story, and past like every other dynasty.

Disney was launched on October 16, 1923, by brothers Roy O. Disney and Walter Elias Disney with the name Disney Brothers Cartoon Studio. On October 16, 1929, it became a corporation. The company formerly operated under the names The Walt Disney Studio and Disney Productions before it was later changed to Walt Disney Company in 1986.

Walter Elias Disney first worked as an animator for a newspaper firm where his task was to draw animation frames for commercial advertisements. It might have been a tough task for him, but, thanks to technology, today we have the  help of software such as MakeStoryboard where you can easily create animation within minutes. Are you wondering how? – Here's a brief guide.

Going back to Walt, he was not only an animator, but also a film producer and entrepreneur.

After working hard for years and determined to succeed, he moved to Hollywood in 1923. It was then that he created his animation studio with his brother Roy. Like every other start-up business, the studio had its ups and downs and they had to overcome both social and financial challenges to fulfill their dream of building an empire of family entertainment.

Other Stakeholders in Disney

Although the company was originally founded by Walt and Roy, the brand became a success in 1955 when it opened the doors of Disneyland to the public. Since Walt died in 1966, the Walt Disney Company is now owned by three primary shareholders: the descendants of Roy and Walt, and two companies – Berkshire Hathaway and Cadbury.

What Companies Does Disney Own?

Disney is certainly one of the most popular and reputed names in the history of time. However, not everyone is aware that it’s also a conglomerate with a multinational presence that operates and owns numerous businesses including hotels, theme parks, television networks, and resorts.

The Walt Disney Company owns over 200 companies both directly and indirectly. They range from movie and music studios, music, TV channels, news networks, and video games.

You probably know that Disney is the entertainment company that owns Lucasfilm and Marvel. But, are you aware that apart from making movies, theme parks, and TV shows, it also owns retail stores, cruise lines, and a sports network?

Surprised? You don't have to be. The Walt Disney Company has its hands in numerous businesses. Additionally, Disney also owns other main business units including divisions in broadcasting, streaming media, publishing, and international operations.

The number of companies owned by Disney is so massive it’s easy to lose count!But, let’s try to cover the most popular ones in the industry. Below is a list of companies owned by Disney that aren't obvious, probably because they do not have Disney or its logo attached to their name.

Disney owns about 36 theme parks, resorts, and cruise lines around the world. Their parks and properties tend to be the corporation’s biggest source of cash flow. Below is the list of some of them:

Speaking about the Disney Cruise Line fleet, it consists of four ships with different designs and deck plans. Each ship is designed to give voyagers a unique and exhilarating experience. Below are the names of the  four ships:

Studios and Other Companies that Disney Owns

Disney has contributed to the entertainment industry tremendously when it comes to its movies. Disney studios has produced so many original movies that have been converted into kids' storybooks and are still seen today. Some of such movies include Beauty and the Beast, Mulan, 101 Dalmatians, The Little Mermaid, The Princess and the Frog, and more.

However, Disney does not just make TV shows and movies. They also own  several movie studios across the globe including:

Other Assets Owned by Disney Include:

The company's mascot, which is the cartoon character Mickey Mouse, was created in 1928 by Walt Disney and Ub Iwerks.

So, How Big is Disney?

As mentioned earlier, Disney is a large company having several international divisions. For anyone who has seen their movies, watched their TV shows, or even had the opportunity to visit any of their established theme parks, you wouldn't deny the fact that this company is massive.

One of the most famous theme parks, Disney World, brings in more than 20 million visitors annually. It has remained in the number one position for several years. Disney’s success can be accounted for its creative sense and innovation, the way it appeals to its audiences, and the many interactive attractions that are so successful and popular with kids.

Disney’s Worth in Numbers

The success of this company has been so tremendous that most people have already started wondering about the valuation and worth of Disney.

Considering their valuation of stock, as of September 30, 2016, Disney was worth more than $152 billion.

Moreover, to correctly approximate the value of Disney, we have to calculate and consider the amount of money the company has made since it was launched. In 2021, its total revenues surpassed $67 billion, which was quite a massive increase as compared to the year before. Also, around 12% of Disney's revenue is received from consumer products which range from toys to items of clothing and home goods.

In 1954, Disney started the television business. Its first show was aired on the ABC network on September 9th of the same year. The show was  Disneyland and it had General Electric as its sponsor.

This show ran for around an hour and was used to showcase Disneyland’s new and popular attractions, for example,Tomorrowland and Autopia.

This company has a worldwide reach and influence making it one of the most popular and influential brands diversifying into schools, businesses, and governments across the world.

The very exceptional quality of this company is that it creates content that is specific to a particular country's customs and culture. This is done to cater to the diverse culture of Latin America. Here the Disney Channel programs are broadcast 24/7 in three different languages (English, Portuguese, and Spanish).

It also offers other services such as advertising and radio broadcasting, sales of toys, and household goods along with offering regional studios in Chile, Mexico, and Argentina, that create programs mainly modified to attract audiences in that region.

When it comes to the entertainment niche in the Asia Pacific, the Walt Disney Company rules and is certainly the largest company, operating through studio entertainment, parks & resorts, interactive media & consumer products.

However, this Asia Pacific division was founded in 1995. It is a subsidiary company that handles the corporation’s marketing, promotion, distribution, and sales of almost all media products from Disney in the Chinese and Asian regions.

There are hundreds of private companies under the Walt Disney Company, but what's interesting and important to note is that the company also has involvement in many other businesses besides the ones in which they are the sole owners.

As far as recognizable brands and film franchises are concerned, companies owned by Disney have various characters and brands that are circulating throughout the media. Here are just a few of them:

There are also other companies owned by Disney that we have never heard of. Disney's subsidiaries tend to intertwine so some could go unnoticed. Some of them are:

Disney also owns several miscellaneous companies from Port Canaveral, Florida to Aulani. Most of these are additional companies acquired when Walt needed to acquire lands for Disney World and had to resort to diverting his investment through other companies.

Walt Disney was driven and committed to having acquired and built such an empire from scratch. He fulfilled his dream of building a family entertainment empire and had to acquire lots of companies to achieve that. They are no doubt the best in the entertainment industry and this brand resonates well with children.

Growing up, I enjoyed a lot of Disney shows, and my favorite was The Lion King. With the rate at which things are moving, I wouldn't be surprised if they end up buying and forming more mergers with other entertainment companies.

We haven't heard the last of Disney as I believe the company is making more plans to expand. Nonetheless, I hope I have helped you learn and explore the number of assets owned by the Disney group of companies. It's high time to storyboard.