Gaming as a new culture. A New Era of Entertainment.

Gaming as the new cultural force keeps developing and replacing our standard forms of media, such as TV and radio - and that’s for a good cause!

As we remember, video games were seen as a form of entertainment for juvenile audiences, starting from the 80s when the arcade machines appeared to the 90s when the PC and console origins were introduced. The gaming industry didn’t get a lot of attention in the beginning, especially by brand dealers and marketers who saw no benefit from it.

However, times are changing, as well as the perception of current things on the market. 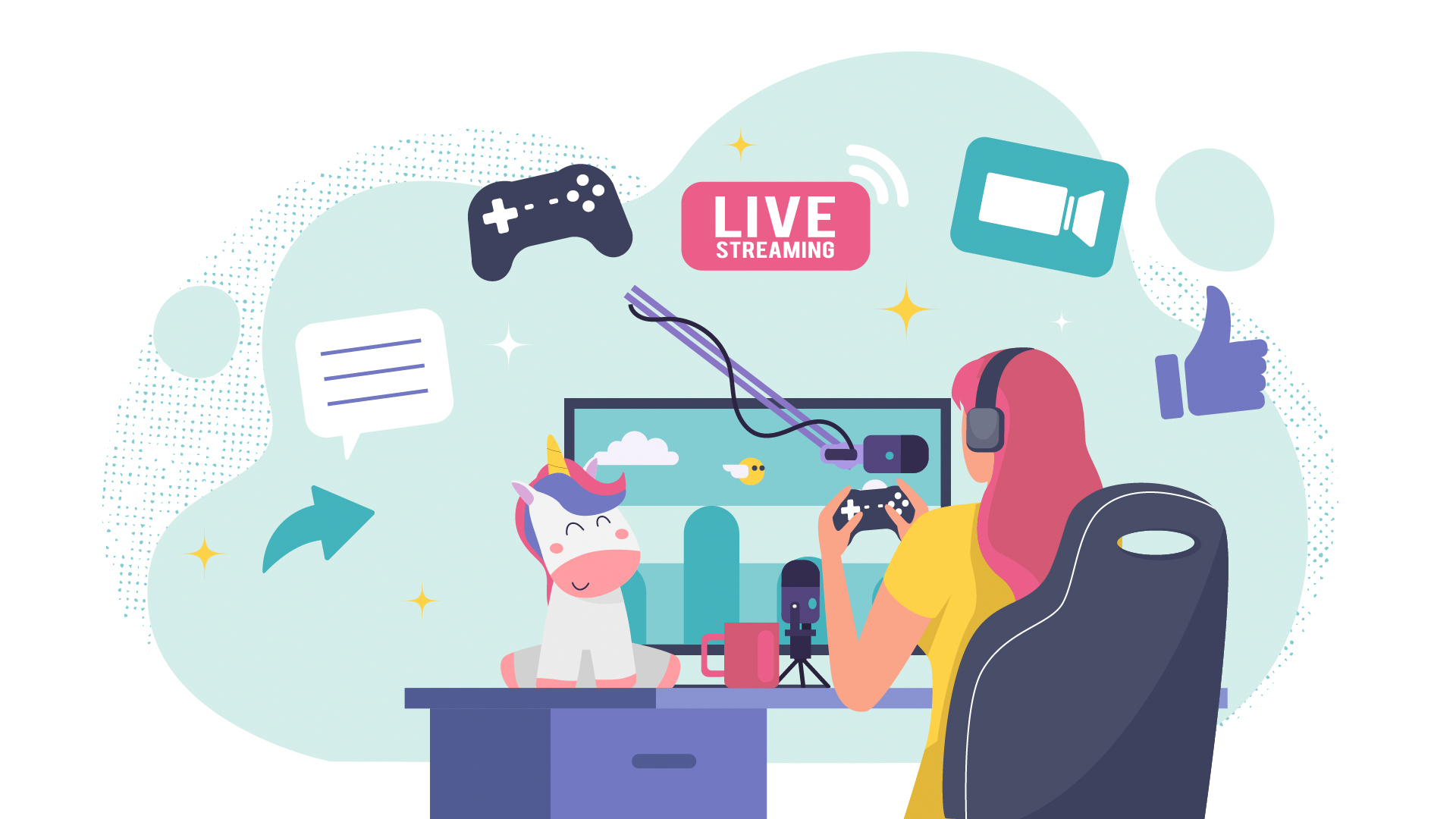 Is Gaming a New Media?

Video games became a top industry by the new driving force that is dominating in the modern world - digitization.

Everywhere we go, we can see the many accomplishments of the digitization process, such as voice assistant Alexa, Ukrainian digital government doc holder Diia, or smart TVs that translate esports shows and events.

Speaking of esports, this is also a result of a long process called digitization. Some may call esports events a waste of time - , how can you watch somebody play video games when you can do it too? Needless to say, this argument comes from the people who watch football on their TVs.

Live streaming plays a large part in developing esports into the world stage of our culture. By playing the video game you love and sharing it with like-minded people, gamers became content producers themselves, making this into the media itself! The creation of gaming content as a kind of entertainment to be enjoyed by the gaming community and a wider audience has evolved from the massive consumption of video games.

Think of it this way: Twitch, the Amazon-owned live-streaming platform for gamers, scored 2 - 2.5 million viewers watching gamers at any given moment. There were 3 million people who watched this in the second quarter of 2022 alone. There is no other sports title that can hold such an around-the-clock viewership record.

Thanks to Twitch and YouTube, we’re seeing a huge amount of gaming content being produced every single day, thus pushing the popularity of said games and making this industry a large player in the media business.

As it is evolving into a media economy, esports took its place in the trending world of video games. As games are becoming more competitive,  teams of professional gamers were organized and found themselves in tournaments and leagues to participate in, winning prizes for their passion for playing. Live-streaming came to the spotlight, showing the games of their favourite teams to the whole world who can cheer for them.

Crossovers of Video Games with Other Industries

The world of gaming has changed entertainment so much that it crossovers with other industries that have been thriving through the decades. Let’s take for example music. Rap and hip-hop artists often have audiences that are similar to the ones related to the gaming and sports industries. Post Malone, a famous rap singer, joins gaming live streams of popular gaming influencers. Even in his latest interview, he revealed that he plays Apex Legends and buys expensive skins for the characters he plays. Sometimes, he hosts his own live streams, but you need to keep an eye out for him as he does it quite rarely.

Many professional American athletes are video game fans too! While people from both industries enjoy video games, organizations aren’t missing out on the opportunity to hop on the hype train and get themselves noticed.

Major sports league owners, such as for the New York Mets, the Philadelphia Flyers, and the Los Angeles Rams, tend to invest in the esports gaming leagues - even going further and creating their own from scratch.

As for the sports media, let’s take a look at Complex Media which launched a gaming show, featuring DJs playing against musicians and athletes, and talking about music history. It lost its popularity over time and no longer exists.

Have you watched any kind of talk shows? Well, if you have, then you might be familiar with Ellen DeGeneres who hosts, you guessed it, “The Ellen DeGeneres Show”. She invited the biggest Twitch streamer for an interview and asked him to teach her to play the game popular at that time - Fortnite.

As more and more industries are taking the opportunities which gaming provides, fundamental aspects of our lives don’t stay on the side, likei education!

American colleges that are famous for their own sports teams such as football, basketball, etc., are now creating esports leagues and competing against other colleges for the title of the best gamers in the state, let alone America.

Hollywood, like a serious greedy movie producer, is also on the hunt for the younger audience to turn their attention to their movies and grab the gamer’s money. Titles such as Mortal Kombat, Resident Evil, Hitman, Uncharted, etc., are creations that are made in the pursuit of getting more popularity from gamers, but most of them received negative reviews as they have little-to-know reliability to the game franchises gamers love to play.

It’s really difficult to transport the gaming experience to the cinematic one, while pleasing every gamer that played those games. Movies can’t just copy the plot of the game and call it a day. That would be violating the intellectual property of the game developer and producer. So they have to improvise and create their own plot, remake characters, and develop a different story. Of course, these movies are inspired by the visual effects and narrative-driven stories that video games are giving to their audience. To convey the same experience gamers had with their beloved titles, it is a hardcore task for every movie producer in the world.

Did Storyboards Get a New Purpose?

And of course, they did. Not only did they survive the new industry, but storyboards thrive in the modern world of new entertainment.

We’ve already discussed the role of storyboards in the storyline creation and narrative-driven plots, like the positioning of the cameras, describing cutscenes, and giving characters their roles and quotes.

But did they get their spotlight in the esports segment?

And the answer is positive. Yes, they did.

Esports is a pretty complicated concept which deserves the spotlight, but we’re going to stop with the cinematic role of esports.

For example, let’s take a 5v5 competitive FPS shooter called Valorant. You may be familiar with this game, but if you don’t - check it out. It’s a game designed to be played in the esports tournaments and it has earned its place in the esports industry which it holds to this day.

During the first days, new teams should be founded and presented to the gaming audience. How do you do this in a cool way and make your audience speechless? Well, hire someone who animates and let him do magic!

Team Liquid is an esports organization that has rosters in every competitive game like Dota, CS:GO and Valorant. They got their new roster of Valorant players, trained them, and presented them to the public. To do so, they hired a guy named Enigma who was responsible for animating a promo for Team Liquid’s team.

And the result? It turned out to be great.

If you ask me, everything’s spot-on: the effects, the music, the whole image presenting everybody in the team - it just works well and has received positive comments. The team was not in the spotlight - the animator was.

But the sweetest part for me is how he orchestrated it, using VFX and CGI. The amount of work he put into the production of a single three-minute-long video is just insane! But it comes down to the most important part:

You cannot make it real without a plan.

A storyboard is a plan you need when you start doing time consuming projects like this. The storyboard has a purpose to not let you mess up in the process of making this project a reality and allows you to come back, redo something, change a plan, and then continue again.

Valorant is more than just a game - it’s a system of agents you’re playing that can bring you victory. It is the reason why people are playing the game, so, as a gaming company, you must do your best to meet the expectation of gamers.

Riot Games Studio, which works with Valorant, has a team dedicated to making cinematic shorts for their new agents. The best examples are Yoru and Chamber.

These are not just videos - they are a work of art, made by the people who know what they’re doing and how to do it. Do you think they have a special person to draw storyboards?

Of course, they do. And that’s why they’re winning.

To do something great, you need a plan.

To draw something breathtaking, you need a plan.

A storyboard is your plan for the best execution of your project.

What the future holds for us?

Gaming has become a part of our culture now. Gaming streamers and esports players are celebraties in their own way, affecting the culture. Videogame companies are our new artists. They make games that we can remember for a long time and play them over again. Mario is the best example of it.

As we see it, gaming is a great thing to find a place for yourself. People, events and conventions are worth the try and you shold hop onto this hype train, and experience it to the fullest.