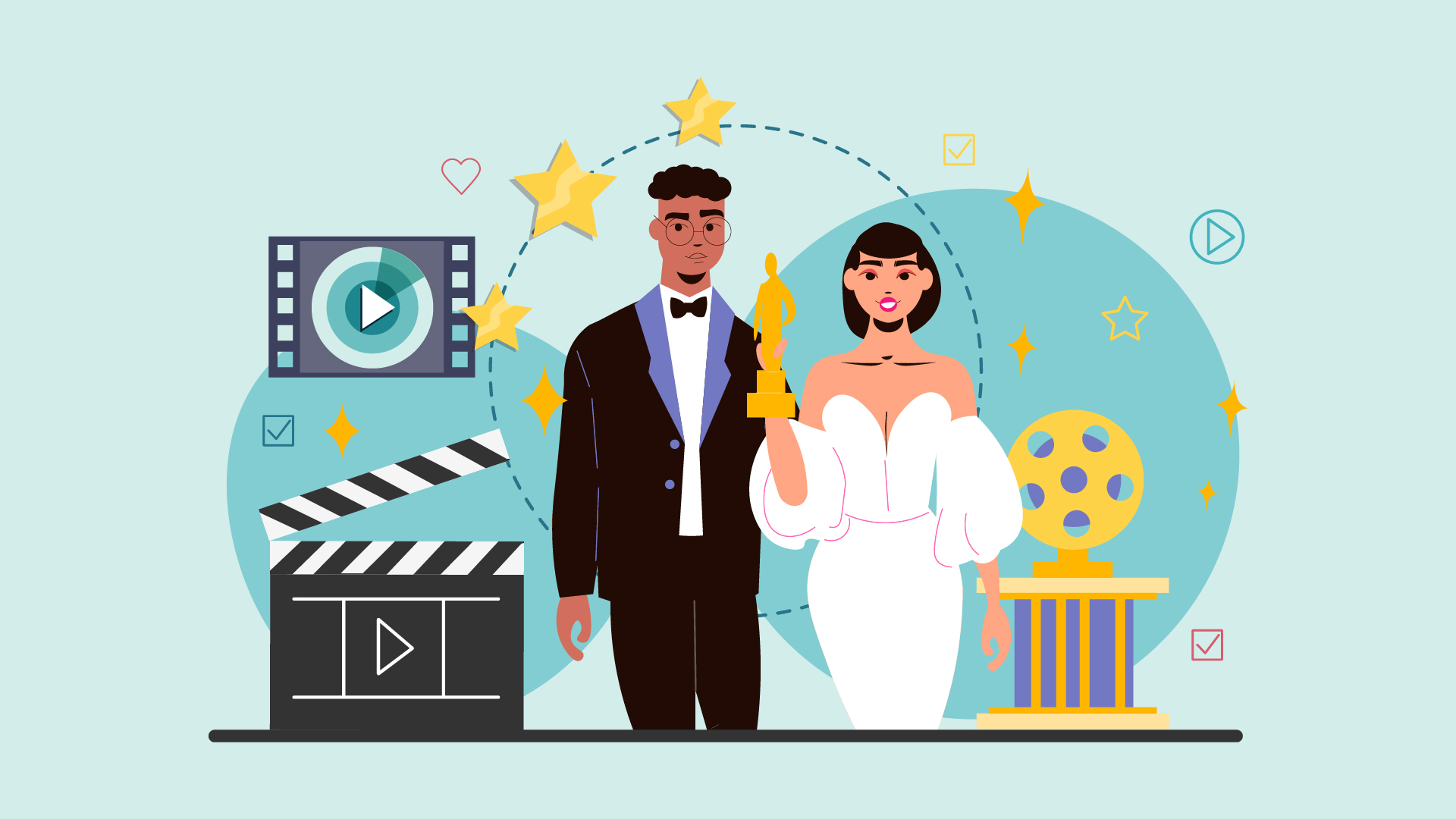 If you love movies, TV shows, or anything in the entertainment industry, you know Hollywood.

Whatever way you know about Hollywood, we associate it with money and fame. In addition, we certainly do love knowing what’s going on in Hollywood and following up on our favorite actors and actresses, don’t we?

Moreover, we all have that favorite blockbuster movie we keep rewatching.

But, here’s the thing. The Hollywood we know now is not what it was in the past. I bet you want to know why and when things changed. Don’t you?

So, stay tuned, as this article will give you all the tidbits about Hollywood along with great information on some of the top actresses and movies from the Golden Age.

One would think that Hollywood is just a set for U.S movies. But, that’s not the only truth, as it is actually a town in Los Angeles. It is also called Tinseltown, maybe because Hollywood appears to always be unrealistically bright and shiny.

However, if you look at your map, Hollywood is bound by Hyperion Avenue and Riverside Drive to the East and rests at the foothills of the Santa Monica mountains to the North, Beverly Boulevard to the South, and Beverly Hills to the West.

In brief, you can say that in the wide expanse of filmmaking and the associated power and glamour of the entertainment industry, Hollywood rests at the center, and is the capital of show-business.

You would be surprised to know that Hollywood began as a small agricultural town. Yes, an agricultural farm, a ranch. And now, it is the one place for anyone with acting in mind to go try their luck.

Harvey Henry Wilcox and his wife bought and set up this ranch. The plan did not go very well as the place was destined for bigger and better things. So, after the failure of the farm, notwithstanding a few developments, H.J. Whitley came into the picture. He was a well-known real estate developer, and he developed the place further.

Dolby Hotel is the hotel that used to host the famous Oscars and was opened by Whitley. At that time, it was named the Hollywood Hotel.

You are curious about the name, I know.

However, there are many stories about where the name Hollywood came from. In one version of the story, Daeida overheard some people talking about a farm in Ohio named Hollywood, and she thought it to be a good name for their ranch. In another story, Whitley struck onto the name while he was in the area for his honeymoon. But whoever named the place, most people probably didn’t know the name would be a big feature of the entertainment industry.

The Golden Age was the period when growth and change in the entertainment industry brought many talented people fame and prestige. The world of entertainment wouldn’t be what we know it as today without the Golden age that Hollywood witnessed.

But, when exactly was the Golden Age? I know this is the question that keeps popping up in your mind right now, isn’t it? – Read on.

But, when exactly was the Golden Age- I know this is the question popping up in your mind right now, isn’t it? – Here you go.

When Was The Golden Age of Hollywood?

This was the era that defined cinema.

You may have some knowledge about the Great Depression that followed the Wall Street crash, or maybe not. But what really happened was that many industries, businesses, and ventures collapsed.

However, the cinema thrived and survived.

This could be because it was a way for people to escape their worries and sorrows, plus it was cheap. With nothing else to do, many people sought to entertain themselves.

Entertainment has always been at the center of things. In fact, many times, even during a war, groups of musicians and comedians follow the troops to help relieve the stresses of fighting.

So, what did the great directors and actors of that era do?

They produced movies. A huge number - about 800 movies every year.

The Golden Age thus began during the Great Depression in the late 1920s and continued throughout the early 1960s.

Can you imagine that? About forty years of movies, great soundtracks, and iconic actors.

This Golden Age is when the cinema experienced great advancement in picture quality and sound. This is exactly why many people even refer to it as the “talkies” - as movies now were produced with moving scenes and sound was possible.

Well, if you want to have a glimpse of the scenario, you should have a look at how motion animations are produced here. Back then the process was almost similar.

It was also a time when the audience started watching films. As mentioned earlier, they came to the theatres to escape their problems, and then to laugh and clap after the film.

Moreover, all the actors that are now being spoken of in revered tones, and being inducted into the Hall of Fame, were from this era. This Golden Age of Hollywood set a precedent for all acting careers for the rest of time, possibly infinity.

Today, directors and producers are styling themselves after the legends of the Golden Age, and maybe that’s why we have people producing some great work and giving us masterpieces year after year.

And, this wasn’t the end. In addition to movies, the Golden Age also experienced more production of great and critically acclaimed musicals and movie soundtracks.

So, now that you have heard about when this great age began and what it consists of, let’s quickly explore what all developments took place in that era.

What Was The Golden Age of Hollywood?

Well, the Golden Age of Hollywood was preceded by Thomas Edison's film camera, the ‘kinetograph’. This camera allowed for a series of still photographs to be put together into a film and then viewed through a projector.

Thanks to evolving technology, one can now do these things in a much better and more organized way. Now we have storyboards for planning and visualizing a project, and today storyboarding software such as MakeStoryboard is becoming very popular among film markers for numerous reasons.

Want to explore how?

Here’s an article that can help you understand the benefits in detail.

However, you must be wondering what kind of movies were produced in that era, right?

Well, at first, the movies were very short, often a few minutes in length. And they would be set up in public gatherings like fairs, circuses, and music halls, or at any place where a screen could be placed and a dark room was available.

Mostly, what was shown were scenic places, people, or news bites. The color was black and white and there was no sound.

Remember those famous Charlie Chaplin comedies? Yes, they were examples of this era.

Another notable thing about the early movies was that there were no continuous movements. This is probably why they were called stills. Therefore, the kinetograph or kinetoscope was more or less a viewer.

Thomas Edison's company tested the prototype of this device in 1891, whereas the same was available for public viewing in 1893. However, the most interesting part was that only one person at a time was allowed to view the stills. Just imagine that!

Next came the Lumiere Brothers. They improved the existing technology and gave us the Cinematographe. This was a camera, film printer, and projector all rolled up into one. They did the first public demonstration in 1895 in Paris, France. Although the short films had no sound, a narrator would be there to give lectures and explanations, and the audience did their part in active participation.

By 1914, the film industry had grown exceedingly, with Russia, Scandinavia, and other European countries being at the forefront. However, America was practically invisible. But, as the First World War happened, it affected the European film industry. This is when America started becoming more visible in its entertainment industry.

Moreover, after the Wall Street crash, economies experienced a boom, and people got richer. With more sales in tickets and entry fees, the production companies invested more into producing more movies. Not to mention advancements in film technology.

The first color film was observed in 1906 when techniques in color separation were used to produce more natural colors with the British Kinemacolor process. But as the equipment and processes involved were very cumbersome, the technology wasn’t used as widely until its processes were improved in 1932.

After color, attempts were made to add sound to movies.

The first technology used a phonographic disc. The Warner Brothers used their Vitaphone to add synchronized sound to films which used a separate disc for the reel of sound. This proved highly unreliable until replaced by the optical variable soundtrack initially developed for newsreels.

Nonetheless, by the 1930s, nearly all films had sound, and some even had color. This placed America as the dominant country in movie making and gave rise to The Golden Age of Hollywood.

People were going to see films frequently, as many as two times a week. Movies became the principal form of entertainment and some film palaces could hold up to 3,000 people in one auditorium. The highest attendance was observed in Britain with 31 million people visiting the cinema each week in 1946.

Isn’t this a stunning development?

Moreover, it is these advancements in theatres that preceded the television and the radio, which become the major competitors to the theatre. By now America had asserted itself as an authority and people from all over the world flocked to Hollywood to become actors, film producers, and other film professionals.

On top of that, the thirst for new movies certainly saw a rise in scriptwriters too. And that hasn’t stopped to date.

So, now that we have said a lot about what the Golden Age of Hollywood was, it’s time to shed some light upon the notable people who made it even more glorious.

15 Top Actresses of the Golden Age

Many actors, both past and present, call Hollywood home. In a way it is because when they are not just shooting the next blockbuster, they are equally attending events in Hollywood.

But today, we will mostly focus on those past stars of the Golden Era. So, let’s begin!

So, now that we feel a little more knowledgeable about the Golden Age actresses, let us look at the movies they starred in.

As mentioned above, the Golden Age saw numerous movies made every year. If I was to mention all of them here, we would be here for a while. So, let’s focus only on the really good ones, and maybe you can even watch them afterward.

All this talk of movies and actresses has made me want to curl up on the couch with some popcorn and watch a few classic movies. Maybe you do too - I certainly hope you do.

Today we enjoy watching a lot of movies, and only some of them in a hundred years will be referred to as classics. However, standing the test of time, the Golden Age of Hollywood is not a maybe, it is a legendary era.

All the actors, actresses, directors, and the movies they gave us, set an example and a standard of how movies are made. Nonetheless, all these movies were created at a time when technology was not as advanced as it is today.

On top of that, there are some great inspirations to derive from all these movies and the people who were involved. So, go ahead and reward yourself by delving into the Golden Age era.

You will have a memory worth cherishing.