Pre Production Guide. All You Need To Know

Often there is a long period of time before the beginning of the first shooting day, weeks or months may pass until key processes are organized and planned. It's actually amazing how much time and people it takes to complete the first stage in the production process, but it's really worth it. Anyone with experience in media production can confirm that this is a fundamental stage on the way to obtaining a high-quality result.

Pre-production - preparation of everything used for the shooting process, which consists of budget formation, location scouting, creation of storyboard, casting, document signing, etc.

Production - filming and recording of all necessary materials. The team works according to the schedule and detailed plans. Of course, during shooting, the script may change a little, as the actors can improvise, but before the start of post-production, all scenes must be shot and the voice-over recorded.

Post-production - sorting of footage, audio syncing, director's cut, sound editing, color correction, quality control, and even more. Many specialists process the material at this stage to obtain a quality result. This is a multi-component process, so it can take a lot of time, but it all depends on the complexity of the project.

Firstly, this is the most important stage that plays a fundamental role in the further stages of media production. This is the preparatory phase when you have to plan everything from cameras, lighting, and cast to the shooting schedule, locations, and decor. Imagine what kind of problems can occur due to the lack of equipment or the absence of film crew members. One mistake can cost a wasted shooting day, which will certainly affect the budget.

Why Is It So Important?

For every minute spent organizing, an hour is earned. As we all know, time is money, so thinking ahead wouldn't be superfluous, right?  Basically, the fate of the product depends on qualitative organization and detailed planning. By leaving all organizational issues at the pre-production stage, you will save yourself from hassle and haste during production. Confidence in production workflow will let you unleash your creativity and focus on the shooting process.

Who Is Involved In This Process? 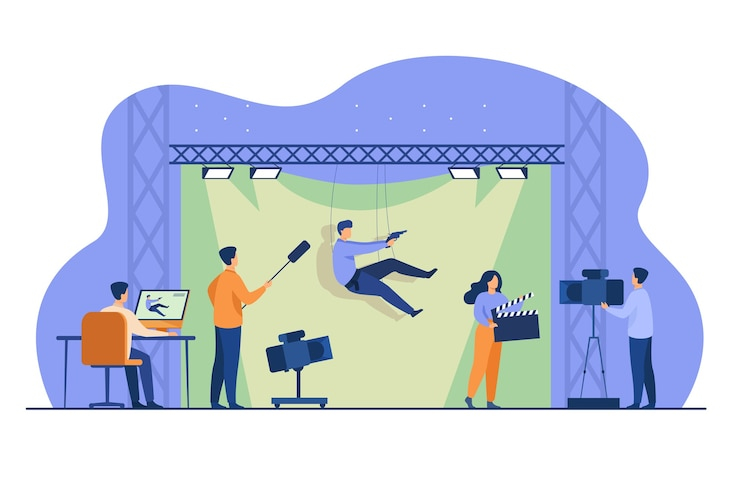 Of course, the number and professionalism of team members directly depend on the project budget, but ideally, the processes are managed by the producers, director, production managers, first assistant director, cinematographer, production coordinators, and location scouts. The more professionals will be responsible for specific processes, the fewer unplanned incidents will occur in the future.

We have prepared a step-by-step guide, so let's take a close look at all the necessary steps for this important stage.

Whether you are dealing with a documentary or an advertising project, you need to study the subject in detail to understand all the subtleties and prevent goofs. This will help to convey the idea thoroughly and make a good impression on the target audience. If you're unsure of your knowledge or lack resources, find competent people in the field you need. It is better to look for reliable information than to make a stupid mistake that can hurt someone's feelings or spoil the overall impression.

A script is a document in which all roles and actions are described in detail. With the help of the script, the film crew can understand which locations, scenery and costumes need to be prepared, so the amount of necessary funds can be calculated in advance. However, before it gets into the hands of producers and cameramen, it needs to have the right look and format. Learn how to write a three-act structure, reach the target audience and check materials for script writing here.

It's time to do it! Open your script and highlight the following categories: cast, extras, stunts, special effects, sound effects, vehicles and animals, props, wardrobe, makeup and hair, special equipment, and some production notes. We actually make a list of all the necessary elements for each frame, so we can carefully prepare and allocate the budget.

Any project where time and movement are involved needs to be storyboarded. It's the best way to make visual representation along a timeline and Illustrate a sequence of movements. When you see sketches of future scenes, it is easier to imagine a complete picture of your media project. You can also share your vision with the team and define important details such as the type of shot and its duration.

It’s not always necessary to hire a storyboard artist, thanks to modern software solutions you don’t need high drawing skills. MakeStoryboard is suitable for both professional authors and beginners, you can create your first storyboard for free. Check our storyboard guide and try it yourself!

This will serve as a document in which all shots with detailed descriptions are sorted due to their order. A typical shot list consists of location(interior/exterior), shot size, lighting, camera angle, camera move, audio, etc. Director and cinematographer compile this guide, then the shooting schedule is formed, and the equipment is prepared. If the crew is acquainted with this list, then you can safely start the shooting day!

A good actor can save a plot, but poor acting can easily ruin even a brilliant story. During the script creation, you may already form a future image of the hero, but a good actor can always bring something new and unique to make it perfect. The selection of actors can take several stages, which also require preparation. The casting director carefully reads the script, consults with producers and directors, defines criteria, makes a schedule of auditions, and manages contracts.

Usually, criteria for casting are based on body type, height, hair, physical shape, and age. Since the main goal of casting is to find the right person who will help convey the story, appearance is of great importance.

A detailed schedule is your superpower in the fight against chaos on set. When making a schedule for the working day, do not forget about such details as equipment preparation, actor's makeup, or transportation. According to the shooting list, script, and brake down sheet, determine the things and people necessary for a certain scene. Remember that sometimes plans may change unexpectedly. Delays, equipment breakdowns, emergency situations, and weather changes are not uncommon, so it is better to have some time in reserve. Set a time for rest so the cast and crew can take a breath. Pay attention to the actor's emotional performance, better to shoot the most emotional parts of the plot together as it is difficult to quickly switch from one mood to another, which can affect the quality of the acting.

After writing out all the locations mentioned in your script, it's time to start searching. When choosing a place, it is necessary not only to visit it but also to note down the following things: address, owner's contact details, distance, power capabilities, extraneous sounds, price and permission to shoot. Do not forget to take a photo or video, pay attention to the size, environment, and natural lighting.

You need to scout the locations during the time period in which you are going to shoot, so check the lighting and noise. If the exterior and interior are available on location, see if you can shoot scenes in different parts of one place to save more time.

The quality of equipment, the number of people in the team, the duration of filming, good working conditions, and decent wages - everything is based on money. In order to implement the conceived idea, you need to make sure that you can afford the necessary resources. If you have a sponsor or a certain amount of money, you need to figure out your spending in advance to avoid holes in the budget. Even though it's not the most enjoyable aspect of pre-production, this one is probably the most crucial.

Last but not least! Whether the plan has suddenly changed, want to ask something, or inform someone - you need to have instant access to contacts. This will help save you time and nerves. Communication takes most of the time, especially in the pre-production phase, so in order to keep in touch with everyone, prepare a contact base in advance and you will thank yourself later. 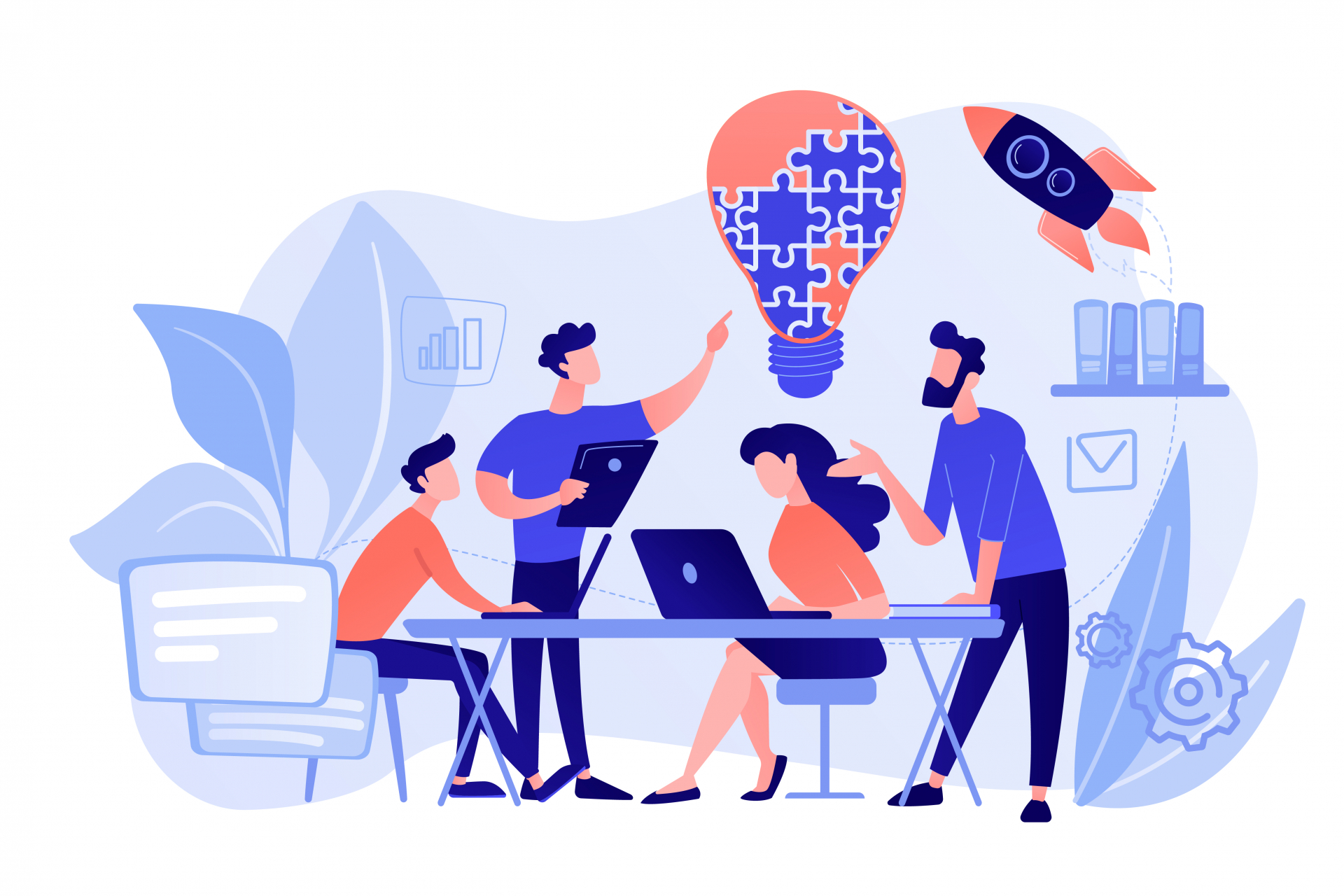 Organization and time management skills play a crucial role in production planning. If you consider yourself a well-organized person, you will deal with it easily, but if it's not your strong point, find someone who will be responsible for it. The correct approach to the formation and distribution of material can make a fundamental difference.

-Always make production notes. Write down everything that is really important. When the brain is loaded with a variety of tasks and problems, you can get lost in your own thoughts or forget a valuable idea. In addition, the recorded information is easier to remember and is quickly fixed in memory. After reviewing the notes later, you can sort everything among the sheets.

-Create a mood board to visualize your project. Think about the style, color scheme, aesthetics, tone, and images of the characters. Ask the opinions of other team members, and pay attention to the concepts of world film masterpieces. It can be images, photos, and movie frames, show your creativity by putting it on a collage. This will serve as a basis for choosing visual effects, setting scenery, and music choices.

-Rehearse whenever possible. You can organize line readings or a simple rehearsal, the team members will get to know each other and understand what they will have to deal with. If there is such an opportunity, it is worth taking advantage of it, because it's another step towards preparation which will simplify the work process. Read-through or table-read is quite popular, the actors themselves can read the script aloud with the correct intonation, therefore they better understand their roles and their place in the plot.

-Write down the equipment checklist. Cameras, tripods, microphones, lighting, adapters, every day there is a lot of equipment used on set, so this list is necessary. Before renting cinema equipment, you should clearly know what you will need and when you are going to use it. It is worth devoting time when you have finished scouting the locations and are familiar with their technical and environmental conditions.

-Use a mind map - in the initial stages, it will make your brainstorming more effective and productive. In simple words, it is a chain of words representing ideas and lines showing their connection. This method helps guide your research in the right direction and record your thoughts. As we well know, when you visualize goals and ideas, it is much easier to contribute to their achievement, so it's time to check in with ourselves!

All these practices have long been tested and are regularly used now. Of course, it's up to you to use them or not, but we tried to fill this guide with proven and effective tips, so we hope it will be useful to those who read it!